My son is famous for being a little car-obsessed. Often our vacations will include what we like to call a "Ferrari Safari," in which we go take pictures of rich people's toys. When he knew I was going to the headwaters of Lamborghinis and Ferraris, he naturally told me to take lots of pictures.


"I've got bad news for you," I texted him the first day there. There are more sports cars in Oakland than in Rome. Waaaay more. This is the land of computer mice, mechanical hamsters, cars so small you could almost put them in your pocket. This is where you find free-range Fiats and Smart Cars.

Traffic here is nothing short of adorable. 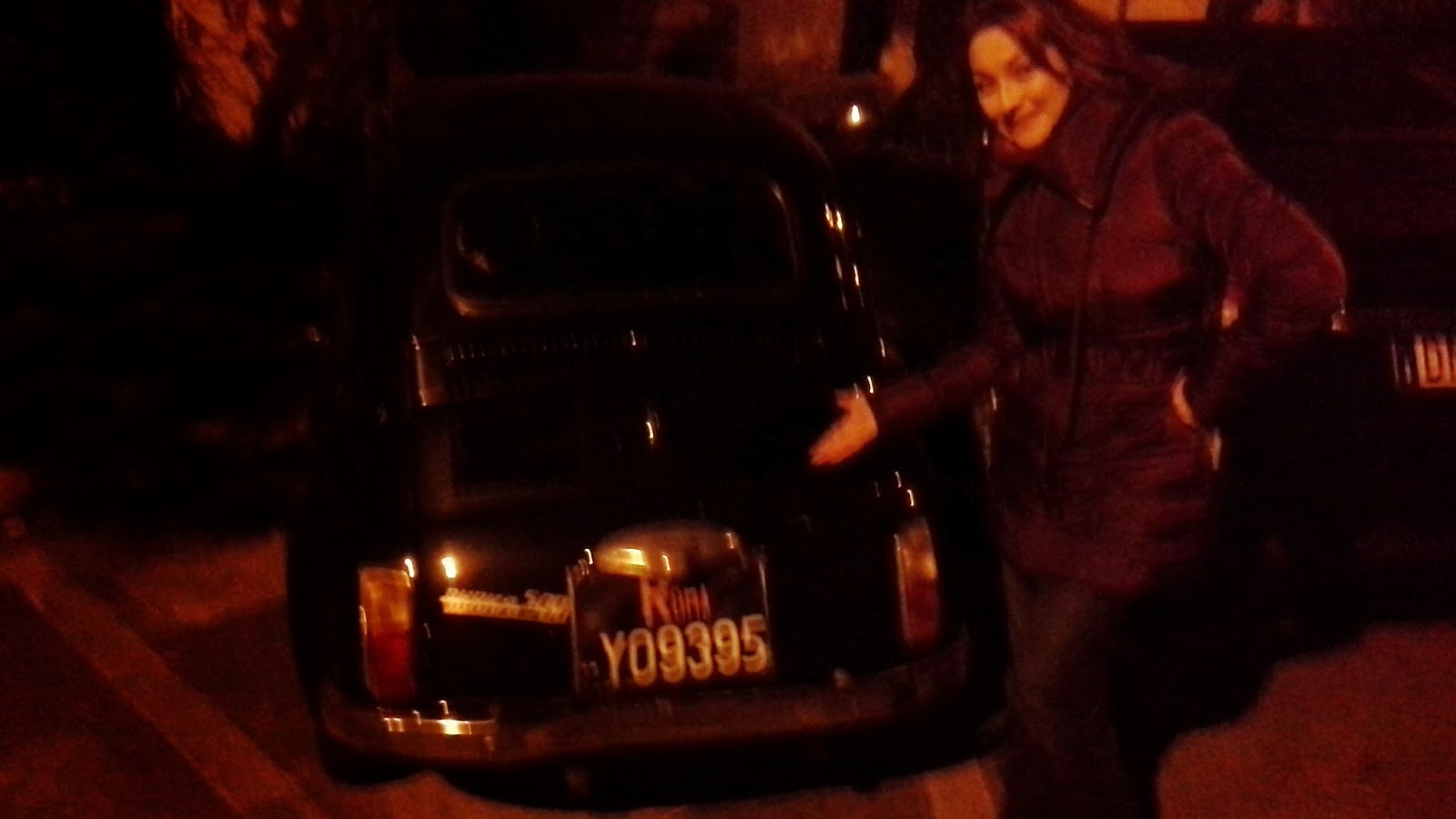 The ubiquitous car here is the Fiat Seicento, (Italian for 600). Although we, in the US, joke that Fiat stands for "Fix It Again, Tony," there are thousands of these indestructible cars from the 1980s still clinging to the cobblestoned curves.

One night we found the ORIGINAL Fiat 500, which has grown up to be the sexiest car in America. It's so small you could park it under the stairs. So cute you want to snuggle up. Inside, you'd have to.

Ah, the land of romance.

That same night we found an Axiam—a car so small you don't need a license to drive it! For a size comparison, that's a modern Fiat 500 in front of it, and a Smart Car around the corner.

There are reasons cars here are small. Partly because they are agile and steer more cleverly around potholes. Partly because the streets are small because the buildings have been there for hundreds or even thousands of years since the roads were traveled by chariots...and you can't make them bigger. And partly because gas costs what it should. Traveling to Europe, one feels keenly the loss of America's oil subsidies—gas costs about three dollars a gallon more.


The cars may be engineered for economy, but driving is decidedly a sport no matter where you go.

If you've been here, you know it seems as if traffic laws are just suggestions. Stop signs don't mean stop, but yield signs do. On one road, four lanes abruptly became three, then four again. No wonder stripes are generally ignored. Driving with a local is a thrill ride worth the plane ticket. If you've never been here, maybe you've seen videos of the famous crazy intersection in Rome, a modern wonder of the world.

With all the zigging and zagging, diving our way into streams of traffic, and darting around trouble, it seemed to me the difference between Italian and American driving styles is in the US we rely on other people obeying laws; in Italy each person is responsible for getting where they want, and for not getting hurt.


I polled all of my drivers on whether there were a lot of traffic accidents and they all said no. Later, I checked the statistics, sure enough, Italy has about half as many per-capita deaths per car. (This could also be that when a car hits you, it's not an SUV.)


I think a Fiat could be the best souvenir.