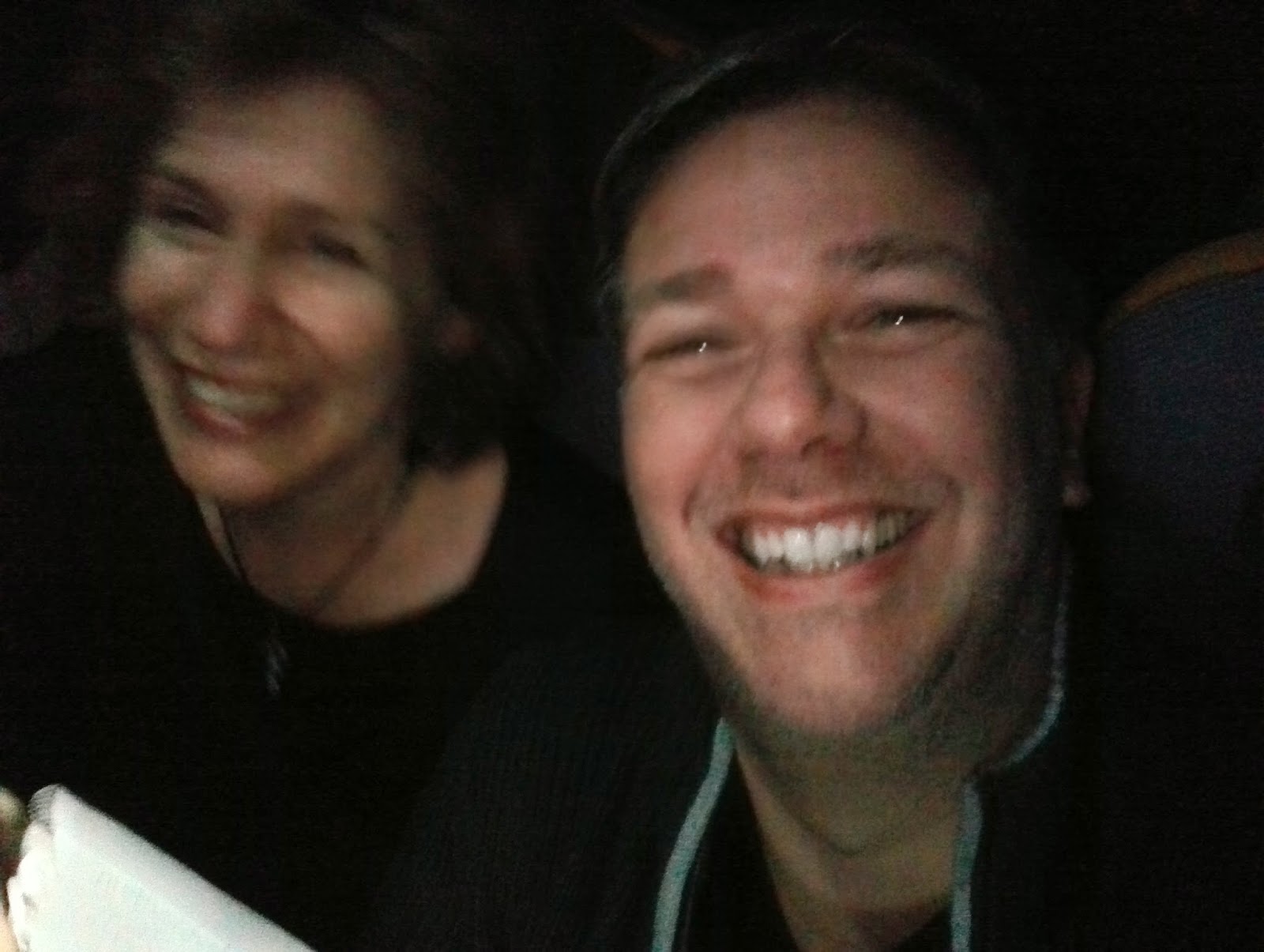 On the trip home, completely punch-drunk on lack of sleep, and still over the moon from my Carnevale fantasy, I laughed my ass off with my last new "single-serving" friend. The food on Lufthansa was warm and wonderful (and did you know they serve wine on Lufthansa, for free?)—but Fabio from Milan would cringe when the German flight attendants served us, whispering, "Why are they yelling at us?" I wondered, out loud, how Germans and Italians can possibly exist in such proximity, with their different approaches to life. He wrote "Frontaliers" in my notebook, a YouTube comedy series (Portlandia-like) about Northern Italians trying to cross the Austrian borders to work each day. "This will explain it," he joked. 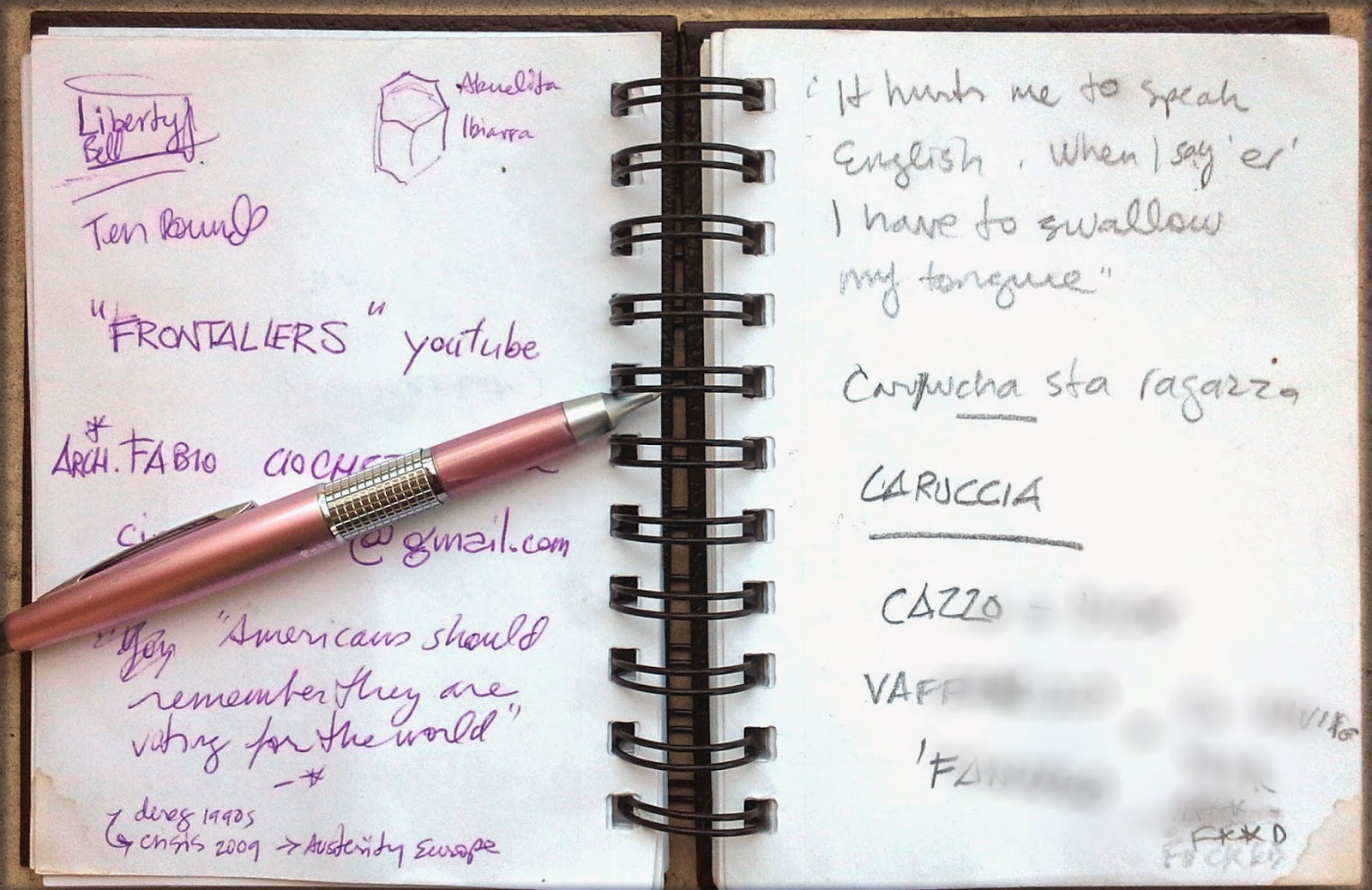 He also wrote a lot of Italian swear words in my notebook, which I have blurred out so as not to singe your eyeballs, and I did him the same favor, since he was bound for a week in California with a girl he'd met on the Internets. Technology, like so many other preconceived notions, had pretty much failed me on this trip. But a pencil and a page will take you where Google Translate dare not go!

I tried to sleep, but, having finally fallen completely in love with my vacation, was just too excited, and wanted to enjoy every precious moment out here in the wide world. I surfed the cool video selections on the screen in front of me, and browsed movies (including The Fifth Element, coincidentally) in Italian, Spanish, German, French and English. I SPOKE Italian, Spanish, German, French, and English to the people around me...amazed at my facility, now that I had tapped into the forgotten mind I'd built in my college days. Fabio and I compared notes on languages. I envied his native ability to roll his r's—my genetically German tongue can't do that—but he has the same trouble with glottal stops. "It hurts me to speak English. When I say 'er' I have to swallow my tongue." Funny! 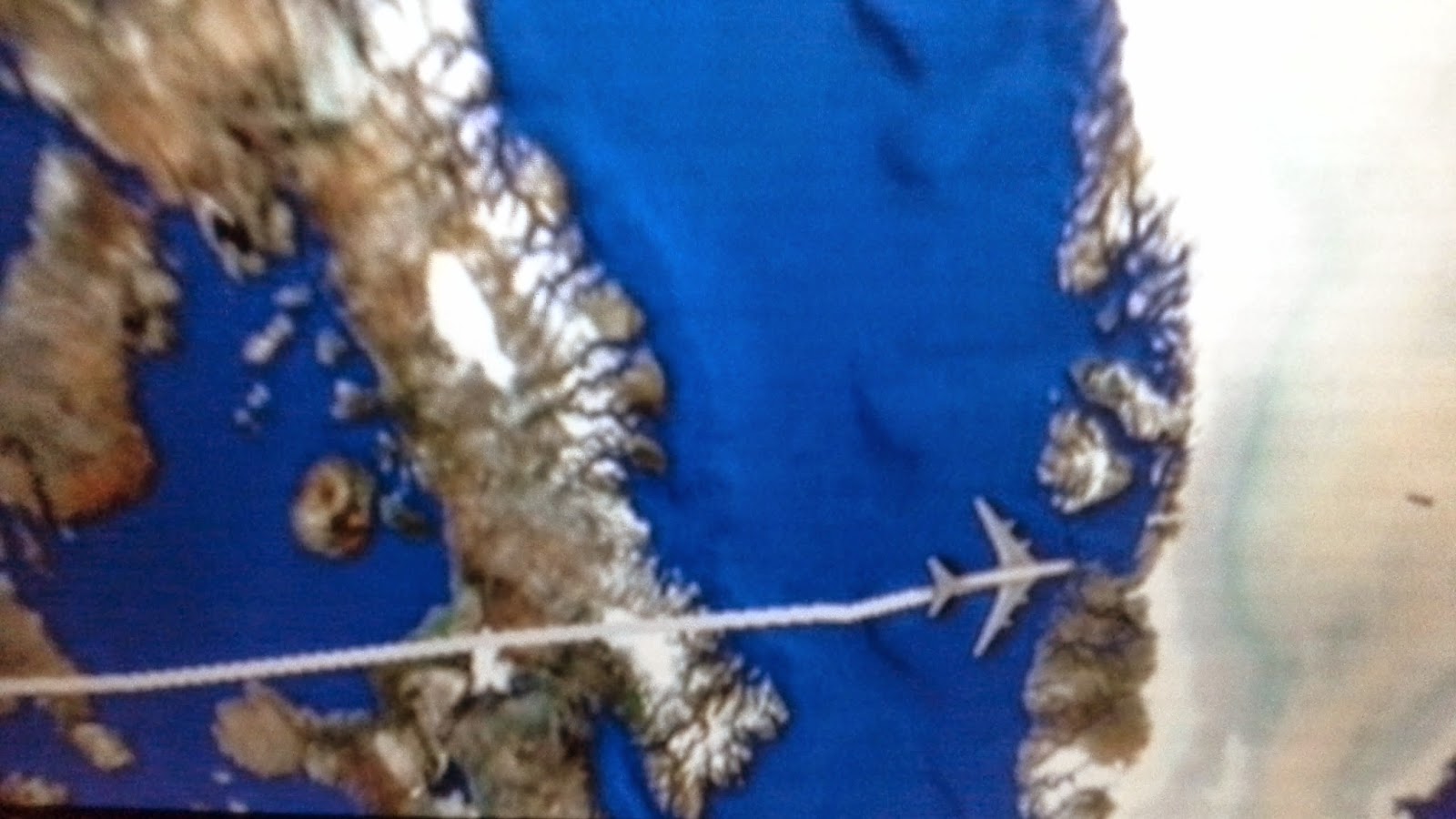 When conversation turned to politics, we reflected on the situation below us; flying over Greenland and seeing so much green. Just a few years ago, and for hundreds of thousands of years before that, it was covered in ice. Looking down on the earth, it's so easy to see how we humans are all in the same boat. And how fragile everything is. On the first hop this morning from Venice to Frankfurt, the Frenchman next to me, the one with the adorable daughter, had written in my notebook, "En ce moment, nous devons croire en l'humanitie." In this moment, we must believe in humanity. Our language barrier kept us from going into detail, but everything swirls together for me up there, in the sky: a climate turning hostile, terrorists enchanted with the apocalypse, crashing, intertwined economies, strung together by oil and ideas of freedom. 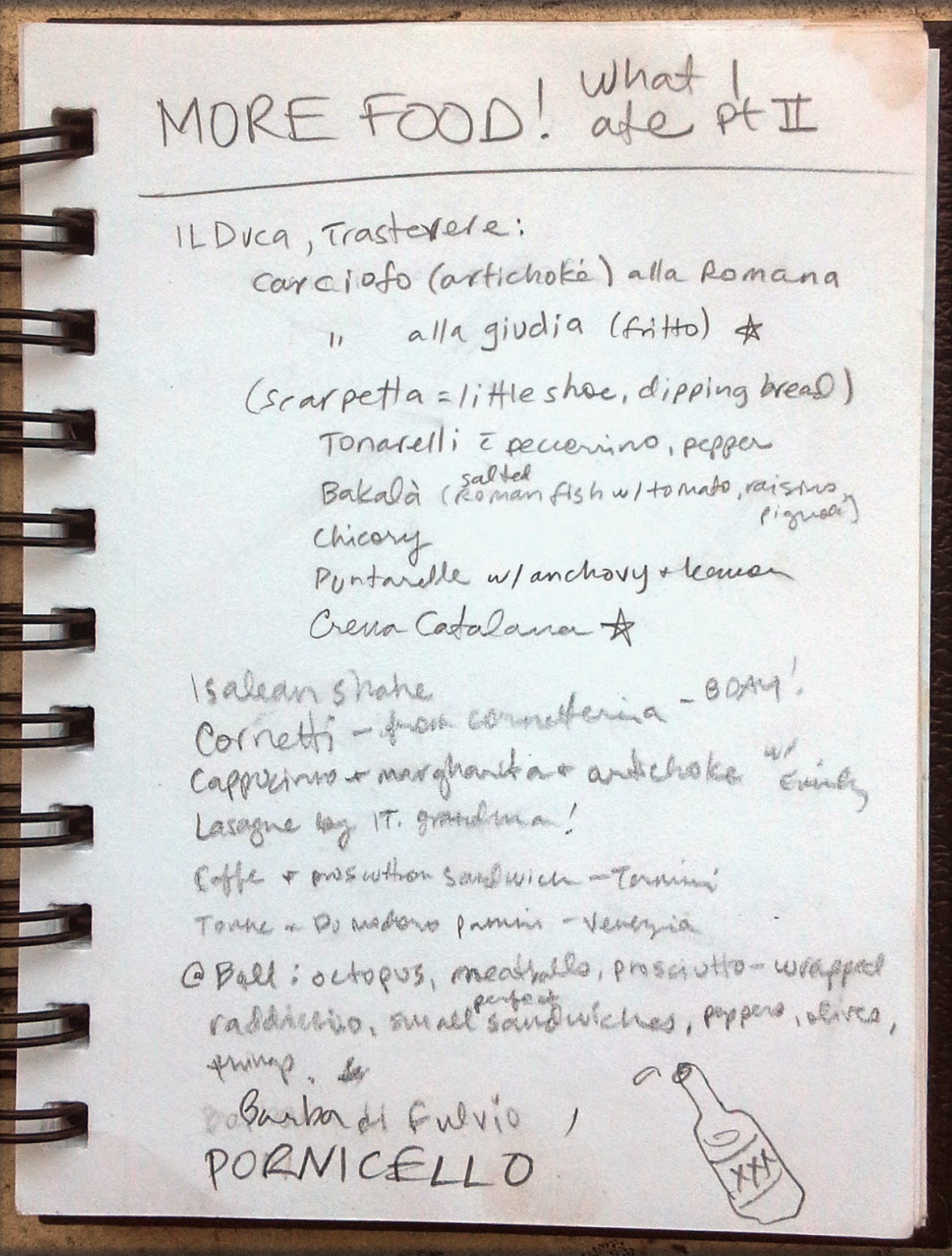 En ce moment, Fabio the Milanese and I order more Pornocello, bitte schoen, from the flight attendants (just kidding), and he reflects on how the economic crisis that Europe faces today is the rolling after-effect of what happened on Wall Street in 2009. "Americans should remember they are voting for the world," he sighs, surprisingly serious. I wrote that in my notebook. Hashtag pencilparty.

As someone who saves every drop of water and every drop of gas, someone with a Cassandra complex who gave up her childhood dream of being an international something when she realized just how harmful air travel is, I felt, for a moment, that maybe it's worth it for us all to be together for moments off the earth, citizens of incompatible nationalities with everything common to try to talk and laugh and take off our cultural blinders. I finally doze off, dreaming of ways to send every voting American on a trip overseas, On thorium-powered planes.